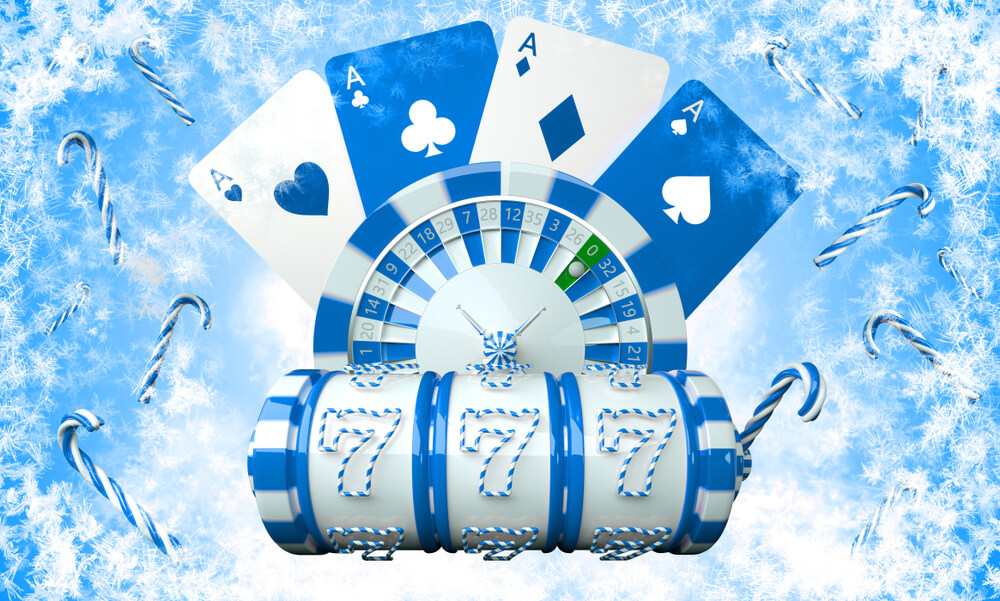 Aah, ice hockey.  The crazily popular sport game often bleeds into other aspects of our lives, including films, TV shows, books, and more recently, casino games. Furthermore, there’s a fascinating history of ice hockey-themed slot games to consider. What are the best ice hockey-inspired slots of all time?

Slot games have become an important element of online gambling vehicle that’s estimated to pull in around $92.9 billion annually worldwide by 2023. Ice hockey-related slots are amongst the fan-favorites, so we have rounded up a list of the 3 best titles to check out this winter. If you’re craving a little holiday charm, you may also want to take a peek at our top Halloween and Christmas-themed slot games.

Pro tip: If you want to check out the best hockey-themed slots, you can go over to bestcasino.org and browse through their selection of casino reviews.

Video slots are right up there with the most popular casino games like roulette and blackjack. With their attractive graphics, flashing lights, spellbinding sound effects, and the chance to make bank, it’s little wonder ice hockey players love a spin on the reels.

If you are an avid lover of slot games and ice hockey, then you will definitely flip over Hockey Hero. This ice hockey-inspired slot game from Push Gaming has it all – lucrative jackpots, free bonus spins, bonus game, and enthralling studio-quality visuals. It’s a relatively unique five-reel video slot with 40 paylines and random multipliers of 2x, 3x, and 4x. The game is playable on both desktop and mobile with a bet range of between 40 ¢ and $100.

Aside from the excellent graphics, the game also sports Hold and Respin feature that graces the reels more frequently than you’d expect from traditional video slots. That means you can scoop small wins often as you wait to land major or minor jackpot prizes. You’ll surely appreciate the high-octane background sound that really sets the mood and atmosphere of the gameplay.

Hockey Hero’s symbols include standard card signs J, Q, K, and A, as well as a helmet, skates, and a puck. The star symbols of the slots are three hockey stick-wielding players in red, blue, and green jerseys. The hockey net is the scatter symbol – if three of them land anywhere on the reels, you will trigger the Free Spins game in which you will be rewarded with five free spins. Besides, you can trigger a multiplier of up to 4x during the Free Spins play.

Respins are also up grabs through The Hold and Respin feature, which is activated when a fully-stacked hockey player lands on the first reel. In this case, the first reel is frozen so that the game can go into respin mode on the other 4 reels. The same goes for when you get a wild symbol.

Next up is one of the classics from Pragmatic Play. Hockey League is a simple 20-payline video slot with five reels, three rows, and incredibly addictive gameplay. Its straightforward design and easy-to-follow features make it such a popular game with newbie and veteran slot players alike. So, if you are an NHL fan looking to get your feet wet in the online slot space, we highly recommend this beauty.

The slot has a gorgeous ice hockey arena background with equally beautiful symbols that include a Stanley Cup-esque trophy and a puck. It’s a low-to-medium volatility slot, so you can expect to land small wins often. That’s not to say that big wins are absent – there’s a massive jackpot that pays up to 1,000 x your wager.

The best thing about Hockey League is its wide bet range, as you can play from 1 ¢ up to 10 coins per payline, making it worthwhile for both beginner players and high-rollers. Want to spin on the house? Land 3 or more puck symbols anywhere on the reels and you’ll trigger the MVP Free Spins feature whereby you can garner up to 10 free spins and a mystery scatter symbol.

The real magic happens when you land the Silver Cup, in which case you can bag up to 1,000x your bet amount in payouts. On the flip side, there’s only one bonus game, which means there’s no progressive jackpot. With an RTP of 91.93%, that gives the house a fairly big edge (8.07%) over the player. Other than that, this is a pretty playable slot game to kill some time during this winter.

Playtech is a slot powerhouse having given us the likes of the Age of Gods and Desert Treasure. However, if you’re after that classic ice hockey-themed slot, then you won’t go wrong with Ice Hockey. The top-tier slot developer rolled out this five-reel, 15-payline game centered on the popular sport back in 2012. This is a fun slot game with a decent RTP of 95.25%.

Quite surprisingly, the reels cover almost the entire screen, but you can still see that the slot game has a flamboyant backdrop. The gameplay is set up so that two ice hockey teams play against each other, with the puck symbol being the multiplier.

The Wild symbol is represented by the ice hockey Goal, and it replaces all other symbols with the exception of the Bonus and the Scatter symbols. As you’d expect from a video slot from Playtech, the Wild can appear on the payline to create a winning combination. In this bonus round, you have a chance to win up to 10000x your stake.

The Scatter symbols are represented by the flags of the respective teams and appear in reels number 1 & 5. If you’re lucky to land these scatters in 1st and 5th reels on a particular spin, you will be awarded 12 free spins. The 15 paylines are adjustable with a bet range of between 15¢ and up to 15 coins. Best of all, the slot game pays from both sides – that’s from right to left and from left to right. That’s pretty sweet news to any high-roller player.