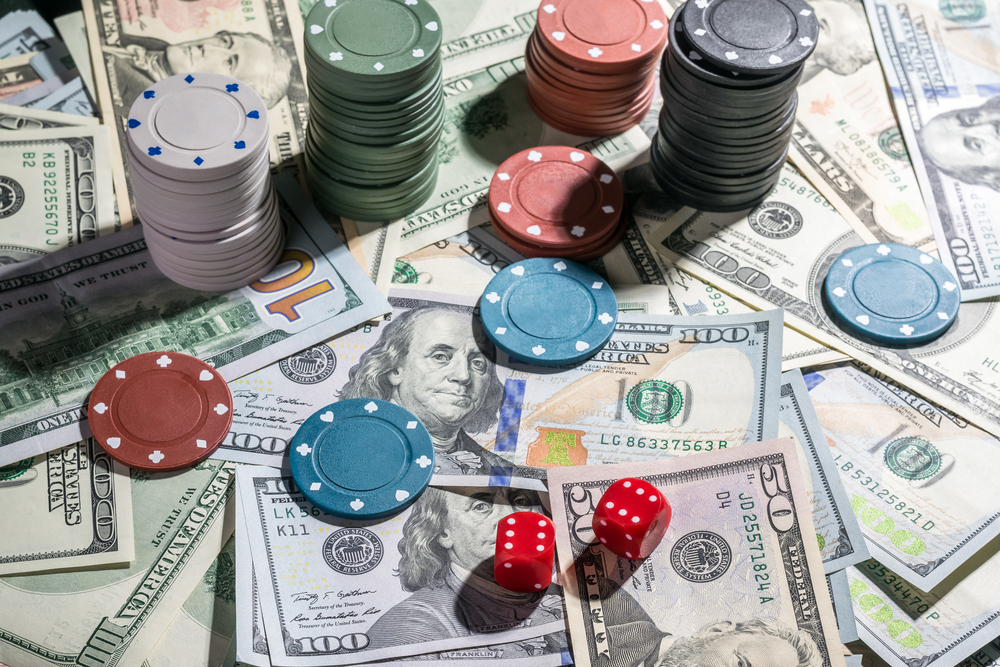 Nevada gambling revenues continue to rebound, topping $1 billion in July, the second successive month that earnings from gambling have topped that amount. The state’s gaming revenues started the year on a decline for five consecutive months before an upturn in June.

Nevada gaming revenues hit $1.02 billion in July, an increase of 2.9 percent compared to July 2018. This is the fourth time this year that revenues have hit the $1 billion mark, state regulators revealed.

Michael Lawton, the Nevada Gaming Control Board’s chief analyst said: “Back-to-back $1 billion win amounts and the fourth time this year. These are welcome numbers for sure.”

Besides June and July, Nevada also recorded gambling revenues of more than $1 billion in February and March.

Breakdown of the revenue figures

A quick breakdown of the figures shows that the Silver State’s casinos recorded a 4.4 percent increase in slot machine revenue. It was reported that gamblers lost $695.87 million in slot machines in July, with $307.1 million coming in penny slot machines.

Slot machines have been the bedrock for gaming revenues’ growth for a while now, with Lawton revealing that slot volumes decreased only once in the past 12 months. Lawton said revenues from slot machines recorded increases in six of the first seven months this calendar year and were currently up 2.7% to date.

Although slot machines did well, revenue from baccarat was down 23.7 percent compared to July 2018.

Baccarat could be something of an enigma for the Nevada Gaming Control Board (NGBC). In May baccarat revenues were down by 55 percent compared to the prior year, before bouncing to $157 million in June, an increase of 114 percent compared to June 2018.

With baccarat earnings falling again, the TUNF website reported that Black Jack reclaimed top position as king of the card games. Blackjack earned $87.2 million, but this figure was 6.6 percent lower when compared to July 2018. Craps had a strong showing, recording a growth of 12 percent, raising $39.3 million while earnings from roulette fell by 1.6 percent to close the month at $32.2 million.

The website further reported that the category “card games,” which refers to poker, recorded an increase of about 86 percent to $22.2 million. What drove this massive growth is that every July Las Vegas hosts the World Series of Poker, which sees an influx of players into the city’s casinos. However, “total revenue for counter, table, and card games was generally flat at $328.1 million.”

The CDC Gaming Reports website reported that statewide, in July, gaming revenues were up 0.3 percent, while the Las Vegas Strip was down 1 percent. Northern Nevada’s Washoe County as a whole, which includes Reno, was down 2.1 percent for the year.

Most of the revenue came from Clark County, which generated almost $860.4 million. The figure represents a 2.55 percent increase compared to July 2018. It is unsurprising that Clark County generated the most revenue; Las Vegas is located in that county.

AP reported that South Lake Tahoe casinos had witnessed the biggest growth in revenues. Casinos in that area generated $34.99 million in revenue, an increase of 32.5 percent. Only two areas reported decreases in July. North Las Vegas was down less than one percent and Washoe County, outside of Reno, Sparks and North Lake Tahoe, was down 10.3 percent with $5.5 million in revenue.

Furthermore, it was reported that Nevada raked in $73.9 million of that revenue in taxes, 32.5 percent more than they received from the casinos last year.

However, Lawton added a quick caveat, advising that a comparison with last year may be skewed because casinos received tax credits of about $20.1 million for June and July in 2018.

Sports betting continued with its strong performance, generating $10.5 million in revenue, a year on year growth of 155 percent. Sports betting has been on the up since July 2013, the last time it recorded a decline in revenue.

Although Nevada’s sports betting figures were impressive, they fell far short of the $17.9 million generated in New Jersey in July. New Jersey’s earnings were more than Nevada’s for the second time this year.

State casino revenues on the rebound

Nevada’s casinos began the year quite slowly, with revenues falling by 3 percent in January. February and March each recorded returns of $1 billion, but overall, revenue from gaming was on the decline.

April did not bring any better news. The state recorded a fourth consecutive decline in revenues. In April, Nevada casinos generated $936.5 million, a decline of 1.8 percent, compared to the prior year.

May witnessed a bloodbath; gaming revenues fell by 6 percent. The state’s casinos collected $981.8 million from gamblers, compared to $1.04 billion 12 months earlier. Baccarat was responsible for weighing down casino earnings.

June saw the state ending the downward trend in gaming revenue, as Nevada casinos collected $1.04 in revenue that month. This was an all-time revenue record for the month, fueled by an outsized result from baccarat, which recorded its highest held percentage in 15 years, it was reported.

For the fiscal year ending on June 2019, Nevada’s gaming revenues were recorded at $11.9 billion, a less than 1 percent decrease from a year ago. In the previous year, revenues stood at $11.92 billion, a growth of 3 percent compared to 2017.