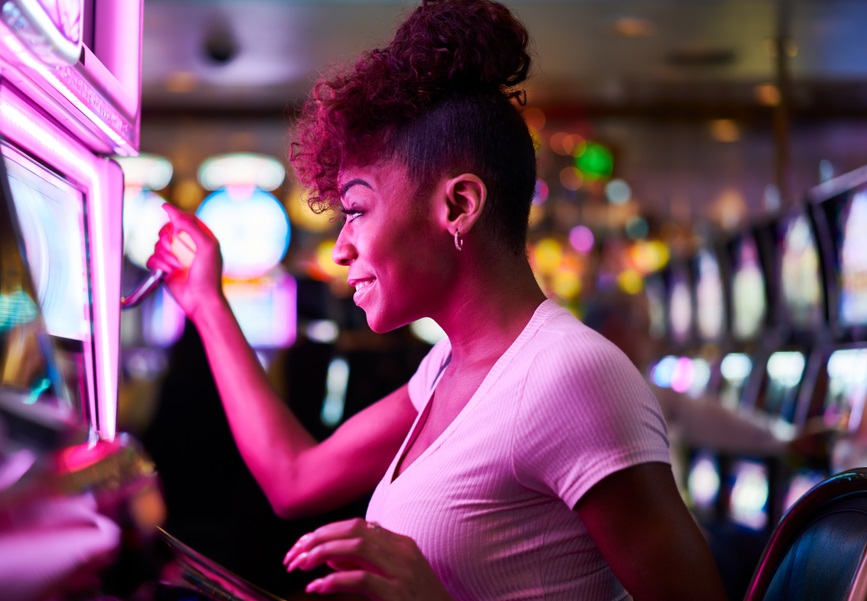 The Vegas gambling economy is equally massive, with the casinos in the Sin City collectively raking in more than a whopping $11 billion in 2018 alone.

Considering this, it’s only natural for the rest of the gambling community to look up to Vegas when it comes to gaming policies, industry trends, and much more.

This includes the legal gambling age. So, how old should one be to legally gamble in Vegas?

According to Nevada Revised Statutes Chapter 463 (or NRS 463.350, to be precise), no one below the age of 21 should be allowed in areas of gambling.

And best believe it; this piece of law is strictly enforced across all establishments in Sin City.

As such, the minimum gambling age is the same as the federally enforced minimum age for alcohol consumption in the United States: 21.

So, if you are planning to visit Vegas with minors or anyone younger than 21, you should keep this top of mind. The last thing you want is to run into trouble with NRS 463.350.

The law applies far and wide. For instance, you are not allowed to bring a toddler anywhere close to gaming tables. Can you park your infant in a stroller beside you while playing slots or roulette? The answer is a big NO.

If you also thought you can legally play slot machines with an underage looking over your shoulders, then think again. You can be banned from ever entering any Vegas casino. Or, even worse, get fined or face jail time.

That being said, if you are going to let minors (under 21s) accompany you to Vegas, it’s crucial that you understand the state law on minimum gambling age.

What happens to those found violating this state law in Vegas? 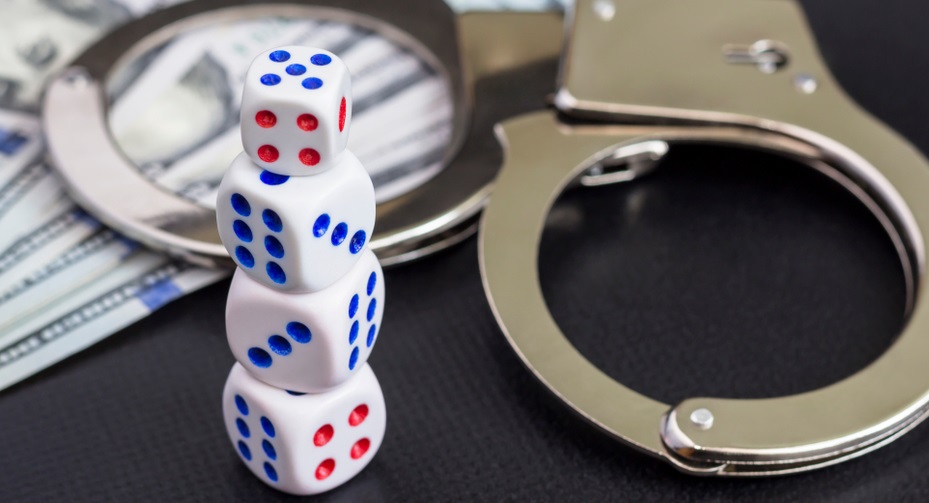 If it’s your first offense, you can just get off with a warning from the security guards. However, you will be informed that you are in the wrong only one time.

After several warnings, the security guards will be forced to escort you from the casino or hotel. Of course, if you remain adamant or refuse to be escorted out, you will be reported to law enforcement officers, and things can escalate pretty quickly from there.

The same goes for all casinos operating within the state of Nevada. If an under 21 is found gambling, working or otherwise loitering in any area of gaming such as blackjack tables, the casino in question is in hot soup with Nevada Gaming Control Board (NGCB) and other authorities.

Casino operators are also not authorized to hire anyone under the age of 21 years to work in the gaming areas. The only exception is the counting rooms, where casinos can hire people younger than 21.

The repercussions for the offending casino are far-reaching. More specifically, any dealer, employee, operator or other individuals who violate this provision will be found guilty of a misdemeanor.

More often than not, the violating casino will receive a hefty criminal fine. In some serious cases, the casino’s license can be suspended or revoked altogether. For the dealers and employers, they can face up to a maximum of one year in jail for the misdemeanor.

Until around the mid-1960s, everyone in the US thought 21 was the most suitable age for a person to gain full adult status.

That changed drastically following the ratification of the 26th Amendment in 1971, essentially lowering most minimum age restrictions to 18.

So why hasn’t the state of Nevada followed suit and lowered the minimum gambling age from 21 to 18? After all, lowering the age limit will translate to more people walking through the doors of the casinos and other Vegas gambling establishments.

With more people gambling, casinos in Sin City will make more money and therefore more tax revenue for the state coffers. But this hasn’t been the case.

Since it was introduced in 2008, Nevada doesn’t seem to be interested in revising the minimum gambling age downwards.

In fact, efforts by several legislators to bring down the age limit have been summarily dismissed
Take Assemblyman Jim Wheeler, for instance. In early 2017, the bubbly and much-loved Assemblyman tabled a bill meant to reduce the state’s gambling age to 18.

In trying to sell the so-called Assembly Bill 86, Jim Wheeler argued that someone who is old enough to join the US military and fight for their country should have the right to visit Vegas and be able to gamble and have a good time. When you think about it, Wheeler’s argument makes a lot of sense.

However, many state legislators were vehemently opposed to the bill, which was brought down instantly. Funny enough, one of the biggest opponents said the bill was dead right out of the gate.

Had the bill been successfully passed into law, it would have made Nevada the 5th state to lower the minimum gambling age from 21 to 18.

The other states where the minimum gambling age is already 18 include Wyoming, Minnesota, Idaho, and Alaska, all of which allow only tribal casinos to operate.

Moreover, 18-year-olds are allowed to gamble in certain ways in some states. For instance, people aged 18, 19 and 20 are allowed in 10 states to legally wager on pari-mutuel bets, which means they can bet almost exclusively on horse racing.

In three states – namely Oklahoma, New York, and California, 18-year-olds can legally enter and may even gamble in some casinos, but not all of them.

Even more interesting, those aged between 18 and 21 can legally play bingo in New Mexico, Florida, Oregon, Connecticut, and at tribal casinos in two other states.

This begs the question: why is Nevada not in a hurry to do the same? Note that by maintaining the minimum gambling age at 21, casinos in Las Vegas are losing out on big business they could get from 18-, 19-, and 20-year-olds.

Of course, there is a myriad of reasons why Nevada and Vegas casinos are happy with the current minimum gambling age. Let’s break it down.

Clashing with the Minimum Drinking Age

The minimum drinking age across the United States is 21, which is why Nevada is keen on keeping the minimum gambling age the same.

And it does resonate well with most Vegas casinos, resorts, hotels and much more.

Unless the state lawmakers decide to drop the drinking age to 21 from 18, Nevada casinos would prefer things to remain the same when it comes to gambling too.

This is not a small task considering that Jim Wheeler himself has always been opposed to lowering the state’s minimum drinking age.

If the gambling age limit were to be lowered to 21, waiters, cocktail servers and other casino employees would be required to card any patron who wants to drink. This is something that will ruffle a lot of feathers, irking patrons and casino operators alike.

That’s why it comes as no big surprise that most Vegas businesses are against dropping the gambling age. Virginia Valentine, the president of the Nevada Resort Association has stated severally that their position on the issues hasn’t changed for many years.

In fact, she went on to say that Assemblyman Jim Wheeler acted alone, and not in the interest of the Las Vegas casino industry.

Lowering the Gambling Age Not Worth the Hassle

There’s also the question of cost-benefit analysis. For the Nevada gambling industry, particularly Vegas casinos, lowering the gambling age is not worth it in terms of extra revenue.

Think about it: how much more will 18-year-olds, 19-year-olds, and 20-year-olds bring to the table? Keep in mind that people at this age don’t have much disposable income. According to the Bureau of Labor

Statistics, the average wage of an 18-year old is around $448.50 per week. That’s for someone who works full-time.

You don’t need to look hard to see that the average 18-to-20-year old doesn’t have much to spend on gambling, let alone visiting Las Vegas.

For the casinos in Sin City, lobbying for the legal gambling age to be lowered is a huge investment with very little to no return.

With Vegas casinos already making over $11 billion annually in revenue, the extra income from those aged between 18 and 21 won’t be enough to be worth the hassle.

After all, they have to worry about the minimum drinking age, as well as other state and federal regulations

The Issue of Problem Gambling

MGM’s concerns are not far-fetched. Some studies seem to indicate that gambling addiction is more rampant in younger persons than older adults. However, there’s no conclusive scientific research that shows how problem gambling rates differ between 18-year-olds and 21-year-olds.

As per Alan Feldman, the spokesperson of MGM Resorts, the vast majority of Vegas casinos will stick to their guns until there’s a consensus among experts in the field of gambling addiction.

In short, they want to know that lowering the minimum gambling age will not result in an increased prevalence of problem gambling in Sin City.

On their part, most consumer rights groups argue that lowering the age for gambling to 18 in the state has the potential to be very costly. First of all, it will likely increase the number of people with problem gambling, including gambling addicts.

Besides, the number of young adults who will suffer life-altering casino loses will increase drastically. In response to this, activist groups and organizations that cater to gambling addicts will need more resources and money.

Looking at the overall big picture, experts have argued that the benefits of lowering the legal gambling age would be far insignificant compared to the negative costs.

Younger adults (18 to 20) should be able to make sound financial decisions before being allowed to gamble.

That seems to be the premise around why the US has always maintained the legal smoking and drinking age at 21.

The same should be true for risky habits like gambling, and it’s not difficult to see why.

Most 18-year-olds, for example, have not lived by themselves. They have not paid rent; they haven’t taken out a mortgage and wrestled with a credit card, electricity, water, and other utility bills.

According to opponents of the move to lower the legal gambling age, these youngsters should learn the importance of money, calculated risk, wise spending, and saving money first.

If someone begins to gamble at a tender age, before they can live on their place and pay their bills, they will probably get in financial trouble in no time.

In addition, gambling can force young adults to go into debt, something that can affect them for the better part of their lives. 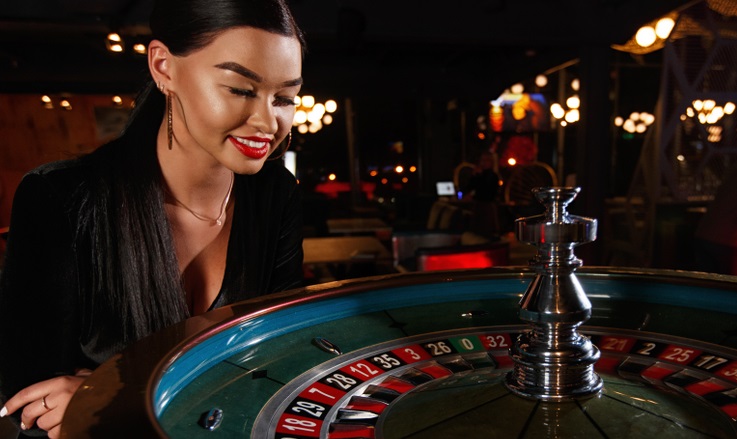 The legal age for someone to be able to gamble in a Las Vegas casino is 21, just like the minimum drinking age throughout the country.

It’s easy to side with under 21-ers who keep wondering why they can lay their lives for the country, vote and drive but cannot gamble in Vegas. For them, it does not make much sense.

However, this is a debatable subject matter that Nevada legislators and casinos in Sin City say is not worth the hassle.

And with good reason. For an $11 billion market, the Vegas gambling industry will be shaken by any attempt to lower the gambling age.

There will be lots of confusion when it comes to serving alcoholic drinks. Some pundits say that the move may lead to a spike in problem gambling.

While this remains to be proven, what is for sure is that anyone under 21 will have to wait much longer to be able to legally gamble in Vegas.