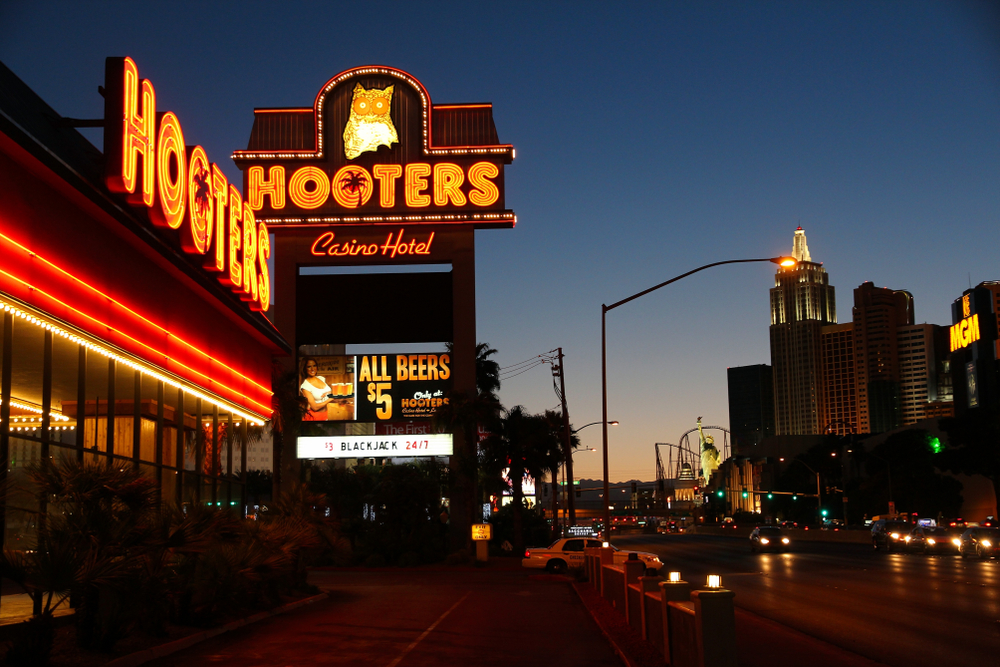 Oyo was founded in 2013 by Indian entrepreneur Ritesh Agarwal, and added its first UK properties last year. It has continued to spread all over the globe ever since, and its UK portfolio grew to over 85 hotels in 25 different locations in less than a year.

Oyo doesn’t seem to stop expanding, with the US and Europe, especially Dallas and London, being key growth markets, according to the company. Oyo has had real success in China.  Over half of its portfolio (500,000 rooms) is located in 337 Chinese cities all over the country.

According to Oyo, the group operates a “successful model of combining design, hospitality, and technological expertise, financial acumen and operational capabilities to real esAccording to CNN, Oyo announced on August 23rd that it has signed a deal to buy the Hooters Casino Hotel in Las Vegas, thus entering the Nevada gambling and entertainment hub.

The 657-room property will receive a makeover that is expected to be finished by the end of 2019, and will be rebranded the Oyo Hotel & Casino Las Vegas.

The transaction, worth around $135 million, according to a source close to the deal, brought Oyo its first property in Las Vegas, continuing the recent global expansion effort.

The 35,000-square-foot casino will continue to be operated by Nevada-based Paragon Gaming, while Highgate, a US hospitality investment firm that partnered with Oyo on the buy, will take over management of the hotel.

Hooters, a colorful history since 1973

Hooters has not always operated under this name, so rebranding is right up its alley.

Located at 115 East Tropicana Ave, the Hooters Casino Hotel has over 45 years of colorful history.  Built in 1973 as a Howard Johnson facility, the hotel has also been known as the Paradise, the Polynesian Paradise, the Treasury Hotel, and the Hôtel San Rémo, all before converting into the Hooters gamers know and love today.  A $190 million upgrade transformed the property in 2005, before being reopened on Super Bowl weekend in 2006 as the South Florida-themed Hooters Casino Hotel.

The poolside rooms at Hooters are in a two story, smoke-free building adjacent to the casino.  They have sliding glass doors with balcony or pool access. Jacuzzi suites feature a king-sized bed, one-and-a-half bathrooms, a living room, a mini-bar with fridge, and a Jacuzzi tub along with all the same amenities as the standard rooms.

The 30,000 square-foot Hooters-themed casino offers 370 slot and video poker machines and 22 table games, including: blackjack, roulette, craps, EZ Pai Gow, three-card poker and two live poker games. If you want to play some low-limit blackjack, the casino at Hooters is the place to be; they offer $3 blackjack 24-hours a day, seven days a week! There is also a William Hill Sports Book and, of course, Hooters girls.

Who is Oyo and what are the prospects for the US casino?

Estate owners around the world, giving them the ability to get a higher return on investments, access easy financing opportunities, transform their hotels, and offer good quality customer service, thereby significantly increasing occupancy and profitability”.

The new buy, a perfect start to Oyo’s  Vegas journey

Oyo is very happy about this recent buy, which grants access to the Las Vegas gambling and hotel market.

“We are excited to cater to a completely different audience segment and are certain that this will be the perfect start to Oyo’s journey in Las Vegas,” Oyo founder and CEO Ritesh Agarwal said in a statement.

Headquartered in the Gurgaon tech hub near New Delhi, the six-year-old startup wants to become the world’s largest hotel chain in less than four years, targeting global domination of this market by 2023.

After announcing its aim earlier this year, Oyo has since expanded to Japan, Europe and the United States, partnering with tech investment giant SoftBank and buying Amsterdam-based vacation rental group @Leisure. In April, it acquired from Airbnb an investment reportedly worth $200 million.

For now, with more than 850.000 rooms across the globe, Oyo already claims it is the third-largest hotel chain in the world, behind Marriott and Hilton.

Justifying this particular claim, Oyo said: “We would like to specify that Oyo has emerged as the third largest hotel chain, based on the hospitality company’s room count. As of June 2019, Oyo has over 850,000 rooms, by virtue of which we have surpassed companies like IHG, Accor, Wyndham, amongst others. Marriott and Hilton continue to hold strong No.1 and No.2 position when compared on the parameter of room count.”

The company owns or franchises hotels and vacation homes in 800 cities across 80 countries, including the United States, United Kingdom, China and Saudi Arabia.

Valued at around $10 billion, Oyo, which now operates 112 hotels in more than 60 US cities,  announced in June that it will invest $300 million in the United States over the next few years. Hooters Casino Hotel in Las Vegas is only one step, although certainly a big one.