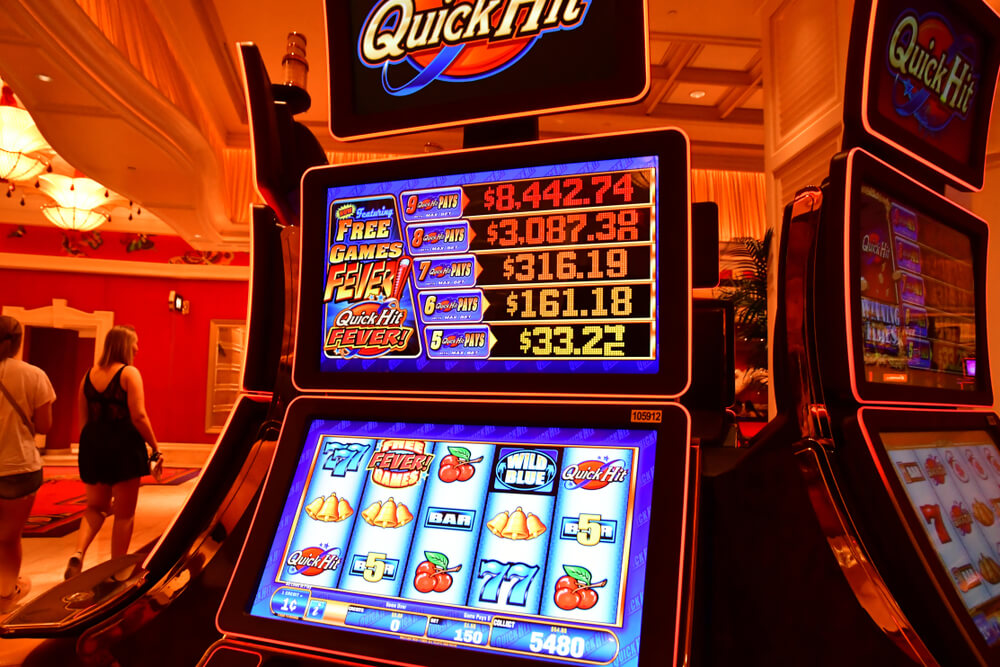 The coronavirus pandemic could have changed the way casinos operate forever – at least, hygienically speaking.

There are many decisions still to be made, but operations are going to change. When casinos reopen for business, be prepared to be scanned for your temperature and stand by for tables. You could also see barriers separating dealers from players at table games and on the slots.

The new age comes with some drawbacks but player safety should be the number one priority when the restrictions are lifted.

Thanks to some new innovation, this may not have to affect players’ gambling experiences.

A start-up company in Las Vegas has invented a slot machine divider that, according to the creators, is self-cleaning.

Darryl Rosenblatt and engineers at Smith Rosen have developed SafePlay UV. It’s an acrylic partition that can be custom-made to fit any slot machine in the world.

“We asked ourselves what in nature naturally combats germs? And how can we harness that power and apply it to a casino environment?” Rosenblatt told Fox 5 Vegas. “We utilize ultraviolet light in a shrouded bar that cleanses the surface of the partition whenever a person gets up. So basically, they have a clean area to play in every time they get up from the machine. Absolutely no germs can grow on the surface of the partition and while it’s cleaning it’s actually generating ozone, which has sanitary effects as well.”

He goes on to explain how ordinary plexiglass partitions are not very sanitary.

He said, “Those static partitions with the heat coming off the machines, they’re Petri dishes and the amount of labor it would take to clean them you would have to have an army of people running around.”

If this is the case, casinos will be queuing up to get their hands on such a device.

Protection: For Better Or Worse?

The importance of self-cleaning slots is emphasized by the following story.

A video surfaced online from Bossier City, Louisiana where a sneeze guard was installed on top of a blackjack table.

The video was posted by Joe Bunevith, a gaming professional. It was taken at Margaritaville Resort Casino in Bossier City, Louisiana, where he says it was shared with him by one of his friends.

‘We’re at this really strange part where we’re going to have to bring consumers in, the ones that have been with us for a long time, and we also have to drive out some fear of the ones we’re trying to attract,” said Bunevith.

People come from all corners of the world to Las Vegas, but far too often they bring far more than just their time and money to the gaming tables. This type of measure is supposed to protect people who aren’t infected from falling ill.

Bunevith agrees to some extent, saying, “Will it stop the virus? I mean no I think that’s obvious to everyone. Will it stop a direct sneeze on someone? Yeah, very likely so.”

However, this screen poses another threat that online casinos don’t face. Unless it’s cleaned regularly, even someone just breathing on it can leave germs and bacteria on the glass.

In fact, a dealer at Margaritaville Resort Casino told Fox 5 Vegas expressed her frustration when watching the video. As part of the interview, she asked to remain anonymous because she didn’t want to risk losing her job.

“From a dealer’s point of view, just look at that video and realize there’s just no way that’s going to keep us safe or keep the germs away … Are they going to clean them every hour?” she said.

The sneeze guard is also being used in grocery stores and gas stations as a way to protect workers as much as customers.

The Margaritaville dealer said she interacts with the same people for hours on end. This doesn’t happen at the store; you pay for your groceries or your gas and then you leave,

“We’re not allowed to leave our tables if someone sneezes or has a coughing fit,” she said.

Ceasars Entertainment, responsible for some of the best hotels in Vegas, was asked for a comment on whether they planned to use a plexiglass solution. A spokesperson’s response was:

“Without knowing the specifics of a plexiglas requirement, I’m unable to comment. Anyone who makes that suggestion should be prepared to spell out exactly how plexiglas would be deployed in a casino resort context. I’m not prepared to go into details about our reopening work at this time.”

Self-Cleaning: The Future Is Now

Rosenblatt said he’s seen the video of the sneeze guard but raises concerns about how it actually works in practice and, being an ex-high-level slot machine player, he understands how players would feel while spending their time at the casino:

“I’ve been contacted. Casinos aren’t happy with the idea of plexiglass … should a person feel like they’re cashing a check when they go to play blackjack? Can a person possibly sit there with a window in their face for hours at a time? It’s not feasible.”

READ
A casino in Chicago, not “financially feasible”, according to a recent study

SafePlay UV’s self-cleaning dividers are ready to be released into the market right now.

Rosenblatt also describes how they are developing another UV-based product to keep the playing tables sanitary and safe for everyone.

“We believe in the next 30 days we’re going to see our principal roll out on Las Vegas properties. Obviously we’re a Nevada company. Nevada’s a priority,” he said.

A lease program is in the works but Rosenblatt wasn’t able to specify which casinos are involved.

The next time you walk into a casino, it may look a little different from what you’re used to seeing. Hopefully, it’s for the better and will keep you safe. That said, Rosenblatt hopes the casino won’t become alien to regulars.

2.5 percent of all profits made from these creations will be given to the Clark County School District.